E-Money is Taking Over Sub-Saharan Africa; Here’s What’s Next

The last decade has been an exciting period of time for the whole world; it has “firsts.”  For example, money has gained a new meaning for the first time in centuries. With the unimaginable force of digitalization, almost every element of our everyday lives has gained a new – and somehow more abstract – form. Money, the top driving force for most of humankind, has never been used with as many different meanings as in the last decade. Cryptocurrencies have become a mainstream meta, advanced countries like Sweden have announced their plans to go cashless, and the number of fintech startups has skyrocketed. Today, every brand is starting its own bank, and when we look back to the originator of this story, we see e-money.

Money had begun changing form with the digitalization of modern banking, but with mobile financial technologies that cut out the middleman – the banks – the shift has accelerated. The exciting thing is that the change began in the Sub-Saharan countries where banks could not reach more than half of the population. In short, the first world may be head over heels with the idea of mobile money, but developing countries have already written the rulebook. In previous months, we have shared some insights into the future of online money in Germany. Today, we are going to dive deep into where it all began: Sub-Saharan Africa.

Reaching the Unbanked Was Key in SSA Countries

We wouldn’t be exaggerating if we said Sub-Saharan Africa countries were the founders of mobile money technology. According to GSMA’s report from December 2018, SSA countries hosted almost half of all mobile money accounts globally. 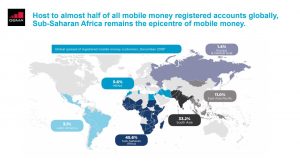 The main reason why Sub-Saharan Africa countries are embracing the mobile money model is for the unbanked and underbanked population that needs to get into the online payment system. World Bank’s report shows that there were 350 million unbanked adults in 2014, and that is when telecommunication companies began investing in the area. Yes, it was surprising at first, but when we think about it, we cannot think about any other institution that has the reach of a telco, and the numbers prove their actions were right. 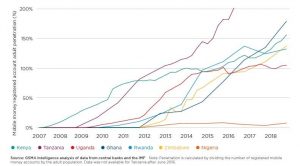 As seen in the graph by Channel VAS, the demand for mobile money is rising exponentially in the area, and there are many reasonable motivations for this. Today, even the banked population is shifting towards mobile money.

Mobile Money Platforms Cannot Offer What Banks Can, But They Can Compete

Banks have always been, and probably always will be, the strongest financial institutions when it comes to money management. However, in the real world, the majority of people don’t need what banks offer over and above a simple mobile financial application. Yes, it was the underbanked population who found the solution in MFS apps in SSA countries, but when we look at the younger generations’ relationship with money, the future looks like financial super-apps will replace the established institutions of today, and frankly, banks are aware of that. With open banking becoming the norm, every bank on the planet will be investing in mobile money applications.

The best part of MFS applications is that everything that goes on is put on record, so it’s as safe as a bank. That’s one of the main reasons they gain the trust of their users. You may not get a loan from a financial app like you can from a bank, but knowing that your money is in safe hands is what matters the most. At a time where everything is happening digitally, MFS applications became the key that opened a big gate for the unbanked.

With mobile financial solutions, people can adapt to the new and digitized world more easily than ever. They don’t have to fill in pages of forms or agree on complex terms, and since the money flow is 100% digital, things are even easier for both the end-users and the MFS service providers. Plus, with today’s technology and ready-made tools, building a mobile money business is easier than ever; even the industry leaders build their mobile money systems using them. Two of our biggest clients, Vodafone and Turkcell, are great examples of this model.

The Tmob MFS Platform is Ready to Power Your Next Investment

It was the telcos that came to rescue and built the new financial system in the SSA countries, but today, every company is getting into the e-money arena. The reason is crystal clear; it takes very little time and budget to be your own payment system. To make things even easier, we provide the first thing you need: a platform. At Thinksmobility, we work with many businesses from various sectors, but if we need to pick one thing that we focus on most, it’s payment systems. We have a broad range of clients, including conventional and digital banks, telcos that are in the MFS game, and brands that want to build their own e-wallet applications. So yes, we have the experience, and the diversity of our clients keep us up-to-date with new developments. With our Mobile Financial Solutions Platform, your company can begin its next big journey on the best ground possible. 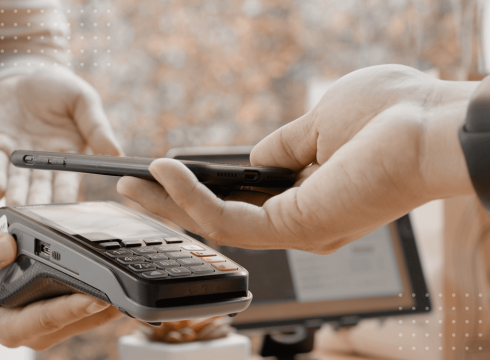 Payments have become a mobile concept. Future trends of mobile payments are evolving with a customer-centric approach. 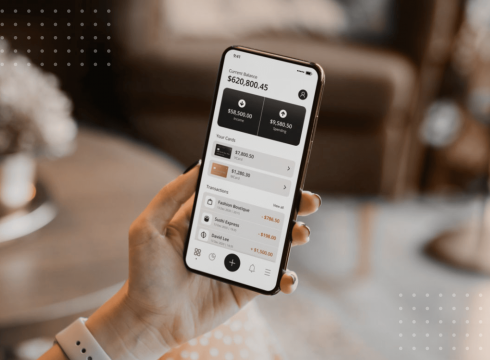 Neobanks, branchless banks, or FinTechs, in general, have been around for a while. But during the pandemic, they have become the rising stars of the finance industry. 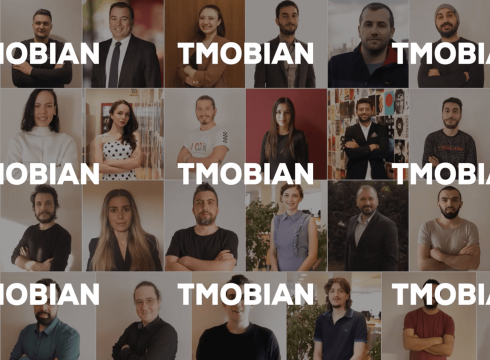 Mission: ReBranding21 for Digital Transformation. Accomplished. Get ready for the new era with Tmob!

The new logo we launched today is part of our efforts to refresh our look as a whole. We felt the same sentiment for our previous logo from the first day that we started changing the future. | TMOB Re